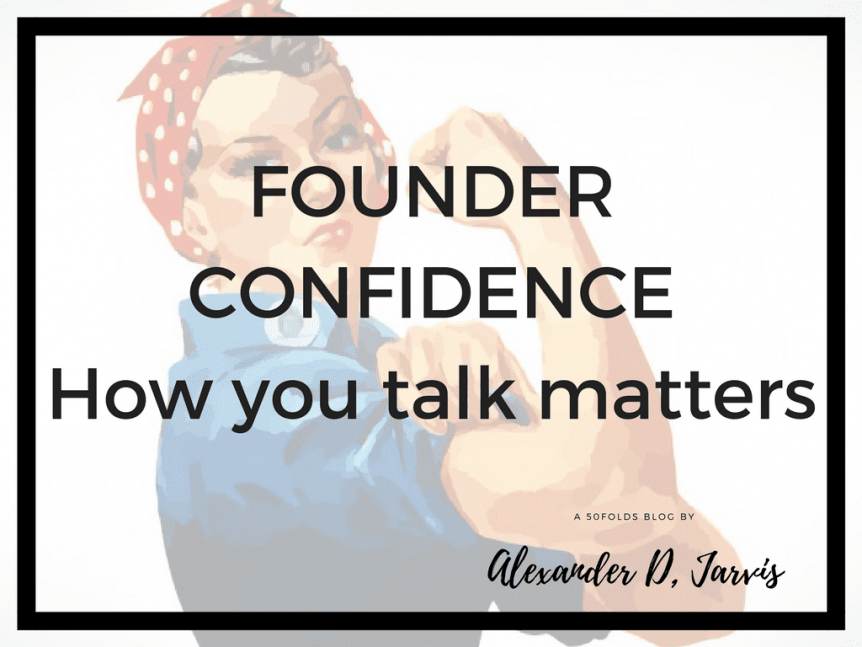 I’ve written a hundred thousand words or so on questions and answers that venture capital investors will ask when you are pitching during the fundraising process. I think that’s pretty useful. But that’s only part of the equation for a successful raise.

There’s something missing here. Knowing the answers is not enough.

How you say things matter

In 1971, Albert Mehrabian published a book ‘Silent Messages’ based on researching sales people. In it, he discussed his research on non-verbal communication. He concluded that prospects based their assessments of credibility on factors other than the words the salesperson spoke—the prospects studied assigned 55 percent of their weight to the speaker’s body language and another 38 percent to the tone and music of their voice. They assigned only 7 percent of their credibility assessment to the salesperson’s actual words (7% rule). 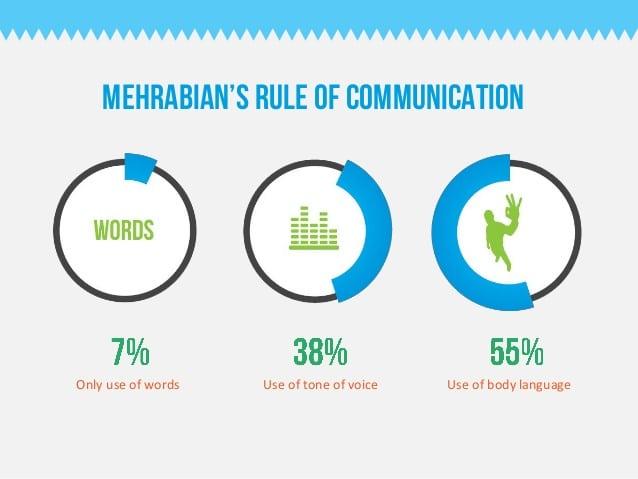 In a second study, subjects were asked to listen to nine recorded words, three meant to convey liking (honey, dear, thanks), three to convey neutrality (maybe, really, oh), and three to convey disliking (don’t, brute, terrible). Each word was pronounced three different ways. When asked to guess the emotions being conveyed, it turned out that the subjects were more influenced by the tone of voice than by the words themselves.

Now, you might argue that the “7 percent rule” is a pernicious myth, that what you say is considerably less important than how you say it. You may assert the myth arises from a gross misinterpretation of a scientific experiment and it needs to be put to rest both for the benefit of scientific integrity. But, regardless, it’s hard to argue that a really confident founder is more likely to get funded than a meek founder that really doesn’t believe what he’s saying.

But why is founder confidence important?

Investors know a lot less than they like to appear. Sure they may have been an operator before, they may research markets and talk to a lot of founders, but they don’t actually do anymore.

You the founder are always going to be the industry expert, you’re going to execute the startup and what you know and what you do is what they are betting on.

Only they don’t trust you. Yet.

I love that movie Hitch with Will Smith. Whatever, I’m a softy. There’s a quote I like which I’m going to reword for you:

Basic principles: no investor wakes up saying, “God, I hope I don’t find the fund maker today!” Now, the investor might say, “This is a really bad time for me as I have to focus on my portfolio companies,” or something like, “I just need a bigger market size,” or my personal favorite, “Come back when you have more traction.” You believe that? Neither does she. You know why? Because she’s lying to you, that’s why. You understand me? Lying! It’s not a bad time for her. She doesn’t believe your market size analysis. And she may question your traction, but what she’s really saying is, “Uh, get away from me now,” or possibly, “Try harder, stupid.” But which one is it? Sixty percent of all human communication is nonverbal, body language; thirty percent is your tone. So that means that ninety percent of what you’re saying ain’t coming out of your mouth. Of course she’s going to lie to you! She’s a nice person. She doesn’t want to hurt your feelings (and lose the option to invest in you in future). What else she going to say? She doesn’t even know you… yet. Luckily, the fact is that just like the rest of us, even the best investor doesn’t know what she wants until she sees it, and that’s where perfectpitchdeck.com comes in. Our job is to open her eyes. Basic principles: no matter what, no matter when, no matter who… any founder has a chance to sweep any investor off her feet. You just needs the right broom.

Confidence matters. If you don’t really believe what you are saying, why should the investor?

Investing in a startup is like a marriage. They need to feel you’re not going to quit on them and love your shared baby 😉 If you say ‘I love you’ they want to feel you mean it and not “you’re just saying that so I’ll give up the cash to you” which they secretly fear… They can’t be hurt again (Their fund returns can’t afford it, ha!),

There are no metrics, only feelings

At an early stage, there is nothing other than maybe a basic product, a few customers/users and some tired founders.

You might think investors are all about the numbers and you would be right, at later stage rounds, but we are talking early stage here.

You have no numbers. There’s nothing to scrutinise other than the person talking.

You did some Googling and threw together some top-down big numbers to impress with the TAM, maybe did a bottom-up analysis, if you are more experienced, and tried to explain your SOM in a logical manner. Ok. So what?

More specifically investors get confident about your startup, by getting confident in you.

VCs have sleepless nights too

As an investor, you make your money and brand based on startups doing well. Sure, they have some levers, but basically backing the right horses is their main one. They get to place bets before a race. Once the horse leaves the paddock, that’s it. The horse is off.

If the horses are taking their time or rolling-over and dying, that’s really stressful.

They only sleep well when they are confident in the team to execute. So when you are talking to investors, are you communicating to them that you’ll keep them up at night, or not?

How you respond to questions is what matters

As discussed, investors don’t know everything. They do know how to call BS. They can find cracks in what you say. They listen to your tone, observe you getting nervous if they throw a curve ball.

Also… no one really knows what is going to work! Snapchat, Twitter anyone?

You hear about top investors being ‘conviction investors,’ ‘contrarian’, right? What do you think they are betting on, an app to send dick picks? No, the founders have convinced them the idea will work and that if things don’t go to plan (which they never do) that they’ll be able to pivot and fix issues.

That comes from how you say things.

Of course, what you say does matter. It can’t be rubbish. You can’t confidently say ‘I like parrots’ and not leave people feeling a little confused 😉 But if you get asked a tough question and you are able to pause, think, and provide a composed answer, even if it is not perfect, you’re helping build confidence in investors. They find you credible.

Here’s an example. How will you respond?

Ok, but this blog is about how you say things (sort of) so let’s repeat that with the better answer planned.

Do you feel it? How you are composing yourself matters.

Take an example of negotiating your salary, which I’m sure everyone can relate to.

When people ask me questions like this, I respond verbally one of two ways:

I always respond with my body this manner:

Haha, actually I was interviewing to join a startup and the CEO said he ‘knew I was a great negotiator as I always kept quiet after I responded to tough questions.’

So what do you do now?

When you are preparing for your next pitch:

I would chuck in the following tips:

If you need help with your pitch deck: